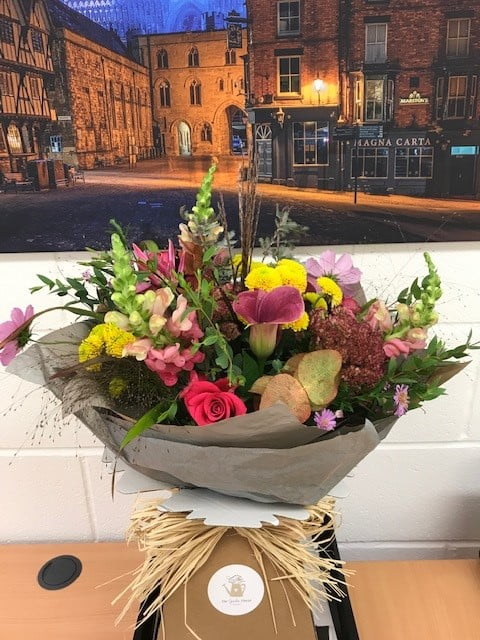 I was delighted to assist my client with her Employment Tribunal claims for Age and Sex Discrimination against her former employer. For more information about my client’s claim and how I helped, read on.

My client was delighted to have obtained a position with an online sales company. She had extensive experience in the sector and had been enthusiastically recruited to the role.

Unfortunately, despite her high hopes, the situation quickly soured when she began work. Firstly, it became clear during her first morning that the job she had applied for, and the specific job role she had been provided during the recruitment process, was not actually the post she was being given.  She did have transferable skills and was confident of being able to meet the requirements of the new position. However, her previous experience in the sector had been entirely appropriate and relevant for the job she originally applied for.  Whilst she was willing to give the new role “a go”, this change caused her a great deal of concern.

Her concerns were largely ignored by the company, who simply stated she would receive full training. Unfortunately, those responsible for her training were all incredibly busy. She had a few minutes of brief training on systems which were wholly unfamiliar to her and unique to her new employer. She was, understandably, distressed to be in a different role to that which she had accepted and then receive very little training on the internal systems for the position she had been allocated.

The next day, my client went to speak to her managers regarding her concerns. She was fully committed to her new role and was anxious to do well. However, she did need her employers to provide the promised training and support so that she could do the best job possible for them. The response by management was to suggest that she was failing in her obligations and, also, that she should have been able to operate their unique IT systems with such minimal training. My client commented that the impression she got was that the managerial staff were dismissing her as a “woman of a certain age” and as a result saw her age and sex as the reason why she needed training and support.

My client then became distressed on that day. The response by management was to consider her distress to be the reaction of a “woman of a certain age”. She was criticised for her emotional response to the change of her job role and the refusal to provide further training and assistance. She had to suffer snide comments and digs about her needing assistance with the systems.

Unbeknownst to my client at the time (and obtained through a subject access request at a later date – please see our blog https://lincslaw.co.uk/blog/can-i-make-a-subject-access-request-to-my-employer/ ) her manager had written an email to one of the directors making reference to the company’s “young environment” and the need for recruits to be “up to date” and “tech-savvy”. Although not explicit, the entire email implied that my client was not performing due to her age. The email then went on to criticise her for being emotional during discussions, implying that her response was that of a hysterical woman.

Around this time, my client was informed that she had a sales target which she must achieve otherwise her employment would be terminated by the end of the week. This had no reference to the probation period which had been set out in her contract. She had not been told during the recruitment process that she would be given any particular targets at all and, indeed, was only notified of her sales target halfway through her first week. She commented she would not be able to achieve those targets; mostly because she had been allocated different duties and, also, that she had still not received the promised training for the internal systems.

The next day, my client was summoned to a meeting with two of her managers. They stated they did not believe my client was “fitting in”. The reason they gave for her not fitting in was that the company was a “fast-paced” and “tech-savvy” environment. The implication being that as a “woman of a certain age” she would not be able to keep up. She was told that her employment was terminating there and then for gross misconduct.

My client contacted the company’s HR office to explain what had happened. They acknowledged there should have been no gross misconduct dismissal and that my client would receive her notice pay etc. However, they did confirm that she had been dismissed.

How I Helped My Client

My client met with us for a Fixed Fee Consultation. We were able to identify potential claims of both Age and Sex Discrimination in relation to the way she had been treated during her employment and, of course, her dismissal.

On our client’s behalf, we submitted claims to the Employment Tribunal. Initially, there was resistance from the Respondents. However, relatively early in the Proceedings, negotiations began to settle our client’s claim.

We reached a settlement for our client that she was extremely happy with. Her experience with the company had caused her a great deal of anxiety and distress. Their behaviour towards her had massively undermined her self-confidence and she was worried about finding another job. By the time the case had concluded, our client had found a position elsewhere and, in fact, had already been promoted before the final settlement. She felt vindicated by receiving compensation and, also, looked forward to moving on with her new position.

I was delighted to have helped my client and extremely flattered when she sent a beautiful bouquet of flowers to thank me for my assistance. She explained she wanted to thank me “not just for dealing with my case but because you believed me and that meant a lot”.

Lincs Law Solicitors Can Help You

If you are being subjected to discrimination at work and would like some assistance with your situation, please contact us for a free no obligation consultation with a fully qualified Employment Solicitor. Simply use the contact form, engage in a web chat, email contactus@lincslaw.com or call us on 01522 440512 and we’ll be happy to help.